Seven Windows 10 annoyances (and how to fix them)

Modern technology seems calculated to make us crazy. If you use Windows 10, here are a few shortcuts to help you keep from letting the frustration send you over the edge. 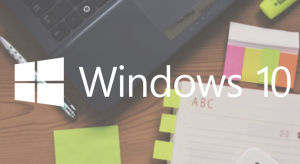 Five years into the Windows 10 era, this is by far the most common complaint, which typically arrives in my inbox in one of two forms. My humble correspondent stepped away from the PC and discovered upon their return that it had rebooted to install an update, wiping out unsaved work in the process. Equally painful is watching the update progress screen creep along for what seems like hours (sometimes it really is hours) without being able to get any work done.

In the early days/months/years of Windows 10, Microsoft was annoyingly aggressive with updates and the forced restarts that come along with them. It didn’t help that feature updates came at unexpected times, with distinctly indeterminate time-to-update estimates.

The good news is that loud and sustained feedback from its customers has inspired Windows 10 engineers to adopt a kinder, gentler update regimen now. There are multiple warnings of impending reboots associated with the monthly quality updates, and feature updates are now optional, at least for a year and a half (or so).

The only way to really prevent unpleasant update surprises is to take charge of the process.

As I was starting to write this article, I opened Microsoft’s Feedback Hub so I could see what problems people are reporting right now. At the very top of the Trending topics list was a feedback item filed as a Suggestion: “STOP INSTALLING CRAPWARE.”

I’m sure the author knew he was SHOUTING, but sometimes it just feels good to let off steam with a good scream. “I do not want and have not requested any games such as Farmville or Candy Crush,” he continued, this time without shouting. “I have previously uninstalled them … only to have them reinstall as part of some update from Microsoft.”

It truly is annoying, an argument I made back in 2018 in “Avoid Windows 10 crapware: How to get rid of Candy Crush and all the rest.” When I rechecked recently, I discovered that not much has changed. Microsoft still includes Disney’s Magic Kingdom app and the latest mutation in the Candy Crush and Farmville gene pools on my fresh Windows 10 Pro installation.

The surefire way to get around that annoyance, it turns out, is to upgrade to Microsoft’s version of Business class: Windows 10 customers who pay 7 or 10 or 20 bucks a month for an Enterprise license or a business-class Microsoft 365 account are spared the Candy Crush/Farmville infestation. Those of us in the main Windows 10 cabin should prepare to uninstall crapware until further notice.

3. THOSE OTHER BUILT-IN WINDOWS 10 APPS

Windows 10, like every other operating system in our galaxy, includes an assortment of apps designed to perform the basic tasks you expect a computer to perform, like browsing the web, checking email, playing audio/video files, editing photos, and, I don’t know, checking the weather?

Some people get downright cranky at the thought of all those apps taking up disk space. The word you see most often in relation to built-in apps is bloatware.

Anyway, most of those apps take very little disk space and can be easily ignored if you prefer a third-party alternative. Some, but not all, can be uninstalled. Some, like the built-in Calendar app, are useful in ways you might not expect. For details, see “Windows 10 apps: Which are worth keeping? Which ones should you dump?”

The Windows 10 Start … thingy? Can we call it that? Because I really have trouble calling it the “Start experience,” as Microsoft’s documentation writers do. But I digress.

The Windows 10 Start thingy is an interesting mash-up of Windows 7’s Start menu (a scrolling, alphabetized list of programs) on the left and Windows 8’s Start screen (a bunch of tiles of various sizes) on the right.

Anyway, you can customize the right side of the Start layout by resizing one tile at a time, organizing tiles into named groups, and collapsing some of those groups into folders. It’s a tedious process, made more annoying by the fact that there’s no easy way to replicate that work when you set up a new PC.

IT administrators can use PowerShell commands and management software to impose a Start layout on PCs in their organization, but those of us who manage one PC at a time will have to continue modifying Start by hand.

I call them vampires. Programs that attach themselves in the auto-start category (often without your permission) and suck up resources every time you start up, and keep running in the background even though you’d maybe prefer to use those resources for something else. I’m just saying, it’s annoying.

To reassert some control over this chaos, go to Settings > Apps > Startup. There, you’ll find a fairly complete, surprisingly long list of all the apps that start up automatically every time you turn on your PC.

It’s extremely ironic hat I have to keep doing this for Microsoft’s own Teams and Skype.

6. THE CORTANA BUTTON ON THE TASKBAR

Desktop real estate is extremely dear, and spots on the taskbar are the most prized of all. Which is why you might be annoyed to see Cortana’s icon alongside the search box even though you have no plans to talk to your Windows PC, ever.

That’s especially true now that Microsoft has transitioned Cortana to a business tool. If you’re not part of a large organization running Microsoft 365, it’s of little use to you.

Fortunately, it is easy to banish Cortana to one of the outer worlds, as I explain in my freshly updated “Windows 10 tip: Turn off Cortana completely.”

7. THE WEIRD FOLDER NAME FOR YOUR USER PROFILE

That’s why my test PC now has a profile folder named C:\Users\edbot_veentcu\.

If the thought of a weirdly named folder bothers you that much, there’s a workaround: Sign in for the first time with a local account, then attach your Microsoft account. If you missed that option during initial setup, there’s an unsupported technique that involves a secondary admin account and some registry edits. I describe both tricks in detail in this article: “Windows 10 tip: Customize your user profile folder name.”

Here, too, Microsoft’s commercial customers don’t see this annoyance. If you sign in using an Azure AD account, such as the one that comes with a Microsoft 365 or Office 365 Business or Enterprise subscription, there’s no five-character truncation. Hallelujah!